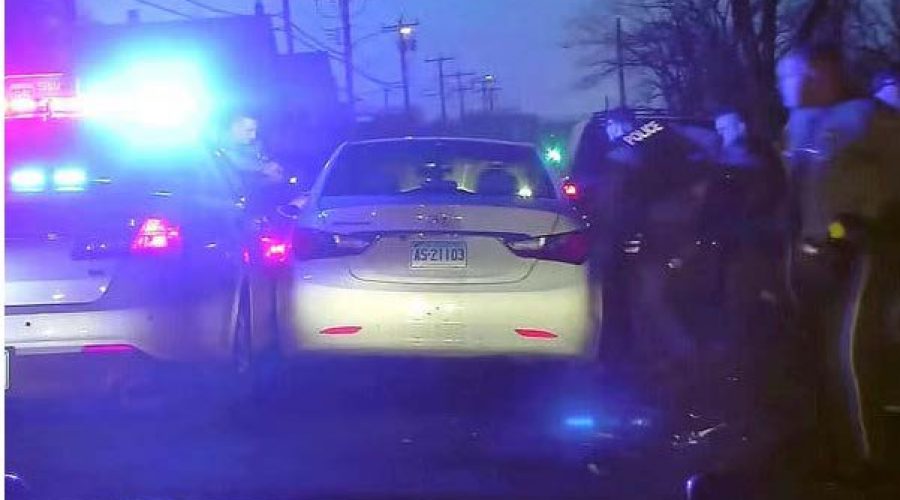 A Connecticut state trooper who fatally shot a 19-year-old Black man after a car chase two years ago has been charged with manslaughter, state investigators said Wednesday.

The trooper, Brian D. North, who is white, fired seven shots on Jan. 15, 2020, through the driver’s side window of a stolen vehicle driven by Mubarak Soulemane. Mr. Soulemane, who had been diagnosed with schizophrenia, had been acting erratically that day, according to people he encountered, before leading officers in a chase that ended in West Haven.

Police shootings involving white officers and Black drivers — the death of Patrick Lyoya, a Michigan man killed this month by a police officer, was a recent one — have raised questions about the use of lethal force during routine traffic stops and after chases. At the time of Mr. Soulemane’s death, the Connecticut chapters of the N.A.A.C.P. and the A.C.L.U. called on authorities to do an independent investigation of the shooting.

“We’ve been fighting in Connecticut for many, many years around police brutality, police misconduct, and officers walking away with no consequences,” Scot X. Esdaile, president of the Connecticut State Conference of the N.A.A.C.P., said Wednesday. He said the decision “shows promise that we’re moving in the right direction, and that this type of behavior will not be accepted in the state of Connecticut.

On Wednesday, the state inspector general, Robert J. Devlin Jr., found that the use of deadly force was not justified in the case of Mr. Soulemane, who was behind the steering wheel holding a knife when Mr. North shot him.

“At the time Trooper North fired his weapon, neither he nor any other person was in imminent danger of serious injury or death from a knife attack at the hands of Soulemane,” Mr. Devlin wrote in a 133-page report. “Further, any belief that persons were in such danger was not reasonable.”

The trooper was arrested and charged with first-degree manslaughter before he was released on $50,000 bond, investigators said Wednesday. He is expected to appear in Milford Superior Court on May 3.

“No trooper ever intends to take the life of someone else; we don’t have the desire to,” said Andrew Matthews, executive director of the Connecticut State Police Union, at a news conference Wednesday. “And I don’t think — we don’t think that was the intent in this case,” he said, adding that “Trooper North made a split-second decision during some very unusual and very difficult circumstances.”

The State Police said they have put Mr. North on paid administrative leave, and that his “police powers have been suspended pending criminal proceedings.”

The announcement of the charges came a year to the day after former Minneapolis police officer Derek Chauvin was found guilty of killing George Floyd, an unarmed man accused of attempting to pass a counterfeit bill. Mr. Chauvin knelt on his neck for more than nine minutes as bystanders videotaped the death.

“No doubt if this had occurred some time prior to George Floyd, it may not have turned out this way, with charges being filed,” Mr. Arons said in a telephone interview, adding that Mr. Soulemane’s family “could all breathe at least a momentary sigh of relief knowing that their prayers for justice, at least initially, have been answered.”

The shooting of Mr. Soulemane came at the end of a spell of paranoid behavior, according to accounts detailed in the report by the state inspector general, who conducts investigations involving peace officers.

About 4:15 p.m., Mr. Soulemane walked into an AT&T store in Norwalk carrying a kitchen knife before attempting to steal an iPhone 11. A manager grabbed the phone, and Mr. Soulemane rushed out of the store. Mr. Soulemane approached Daniel Green, a Lyft driver whom Mr. Soulemane had called to pick him up from the store, and urged Mr. Green to drive.

As the car drove away, he saw officers from the Norwalk Police Department surrounding the AT&T.

Mr. Soulemane then slapped Mr. Green, who promptly pulled into a gas station and motioned to the officers. As he did, Mr. Soulemane moved into the driver’s seat of the Hyundai Sonata. An officer ran up to the car and tried to open the door, but Mr. Soulemane pulled away.

Officers pursued Mr. Soulemane, before state troopers, including Mr. North, picked up the chase along I-95.

At 5:04 p.m., Mr. Soulemane left the interstate and crashed into another vehicle. Mr. North and two other state troopers drove up and boxed in the Sonata, according to the report.

A West Haven police officer, who also came to the scene, smashed the passenger window, the report says. A state trooper put his Taser through the broken window toward Mr. Soulemane, who moved his arm up and pointed his knife toward the ceiling of the car.

Because of an editing error, a previous version of this article said George Floyd was accused of shoplifting. He was accused of attempting to pass a counterfeit bill. 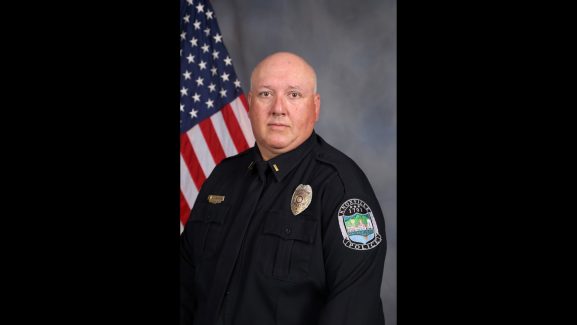 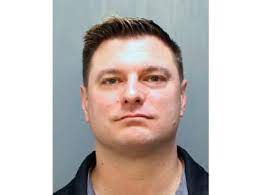 Officer Accused of Yanking Mother From S.U.V. During Protest Is Charged

By Vimal Patel April 21, 2022 The authorities said that Darren Kardos, 42, who has been charged with aggravated assault, pulled

If you are having any questions, please feel free to ask.

Drop Us a Line